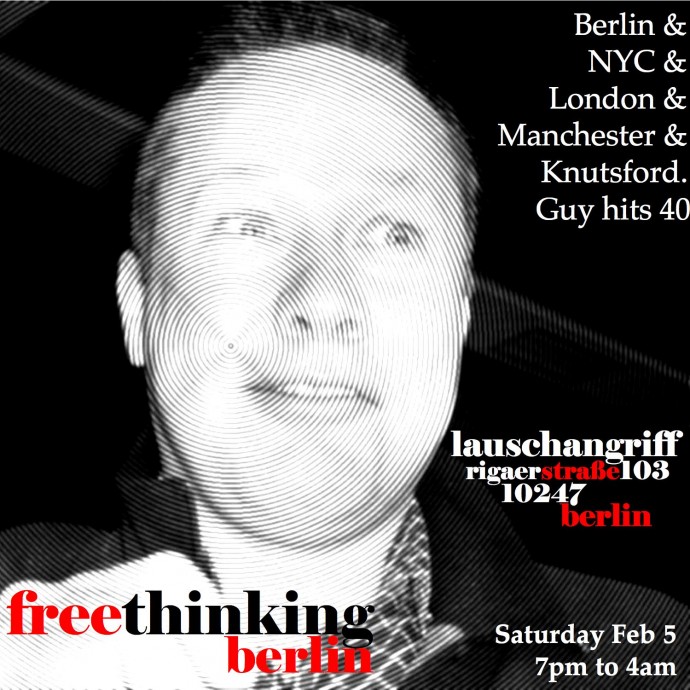 Some of the normal favourites managed to sneak through and into the set for freethinking berlin this weekend. It’s fair to say, however, that the night was a slightly different proposition to the regular freethinking nyc idea.

A very good mate of mine turned 40 this weekend. The occasion was enough to bring a strong Manchester-based contingent over to his new adopted homeland to celebrate. Throw in a top crowd of Berliners, and a bar which was taken over for the night – a seven hour DJ set was pretty straightforward:

I’ve never seen a room full of blokes in the advanced stages of alcohol intake cheer so much to the sound of the Happy Mondays. Or The Verve. Or Joy Division. Or, in fairness, give it loads to lesser-known Manchester output from artists such as A Certain Ratio or Marcel King.

Seriously – it was a top night, and the crowd made it. I’ve never seen people fling themselves headfirst into dancing with quite the same passion, verve, and willingness to exercise their vocal chords.

Oh, and I played ‘99 Luftballons’. Yes, you read that right. Mixed into ‘Gonna Fly Now’ by Bill Conti (AKA, the Rocky theme music). I’ve always said, it’s not about being cool…