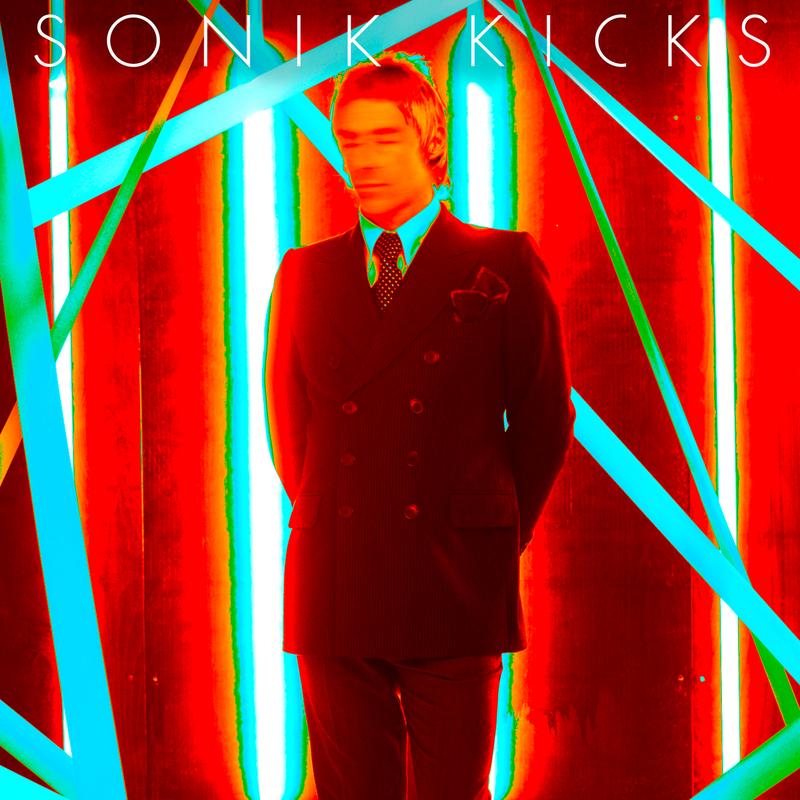 I figured that ‘Starlight’ was an early indication of what was to come. It sounded like it was a track lifted straight off ‘Modernism: A New Decade’, the notorious final Style Council LP. I say this not by way of criticism – I love it when Weller shakes off the shackles that his fans place on him, and he just busts out something totally from the left-field. For me, it’s not all about an angry young (or old) man tearing into a guitar – although I do still get a rush from the opening chords of ‘The Changingman’. I’d question anyone who doesn’t. So, when it was released last year, I figured that the house-tinged ‘Starlight’ was a pointer – a way of easing his fans into a departure before the full-blown onslaught of an album targeted at the dancefloor. But, this is Weller. It’s never going to be that easy. An early indication it was, but now it’s here, ‘Sonik Kicks’ is a far more complex beast. It’s undeniably ‘Weller’, but by Christ, he’s got his mojo firing on all cylinders.

The Weller/Small Faces comparison is not new news. In fairness, just about every breath that Weller draws is inspired by Marriott and Lane. This is a good thing. The Small Faces were bloody marvellous, and in a parallel universe would be held up on a pedestal next to The Beatles in terms of the impact they had on modern music. More so than almost any other Weller album, ‘Sonik Kicks’ is the material that The Small Faces would be putting out today, if they suddenly happened upon a box full of effects pedals.

As an album, ‘Sonik Kicks’ is all over the map. It’s like a mind-dump of ideas – where ambient noodling knocks up against ska-friendly dub and Cockney psychedelia. But, there’s still that vein of familiarity – a certain ‘Wellerness’ that just hooks you in. To be fair, some of this ‘Wellerness’ is bordering on self-plagiarism. The opening hook of ‘By The Waters’ owes much to the start of ‘Illumination’ – there’s a common DNA. ‘Green’ is massively reminiscent of the effects-laden Lynch-Mob mix of ‘Kosmos’. The piano-led ‘Be Happy Children’ wouldn’t have sounded out of place on ‘Stanley Road’ – a hearts-on-your-sleeve thing of beauty. And, as I started off the piece by acknowledging, ‘Starlight’ could be straight from the time when The Style Council came to their inevitable demise.

There’s been a lot of talk about this being a brave album – about Weller pushing the envelope. And, yes, I’ll guarantee that there’s more creativity in here than you’ll find in almost any other chart-topping album this year. The notion that some of this creativity sounds ‘a bit like stuff that Weller’s done before’ shouldn’t detract from an astonishing achievement of an album. It’s the most immediately infectious – and crucially, consistent – album that Weller’s knocked out for many years. ‘As Is Now’, ’22 Dreams’ and ‘Wake Up The Nation’ were all great, but they had tracks that were less memorable. ‘Sonik Kicks’, however, is a joy from start to finish – and it’s because there’s so much stuff going on.

Above all, this is this is Weller kicking his shoes off, sitting back, and having a bloody good time. Weller ‘having fun’ is always great to hear. Take ‘That Dangerous Age’ as an example – it is a belter. I know I’ve written before about Weller’s creative peak probably being with The Style Council, but ‘Sonik Kicks’ is a statement of intent: don’t write Weller off. He’s still got it. And more.

One reply on “Creativity, with a pinch of ‘Wellerness’”

[…] 14 new songs as a way of kicking off their set. And, by Christ, it worked. I’ve already shared my views on ‘Sonik Kicks’, but live the Small Faces vibe came through even louder and even clearer. It was a spectacular […]