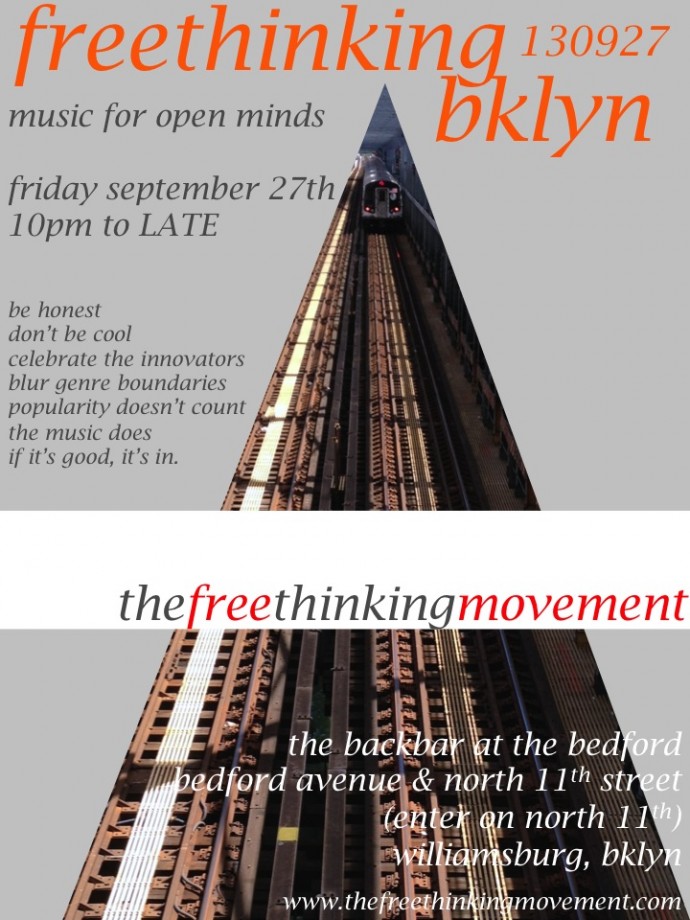 Williamsburg may be a ‘hood with a reputation for the ‘quirky’. People don’t appear to bat an eyelid when a besuited bloke walks down the street playing a ukelele and singing to himself, or when a guy uses the bike lane for his unicycle. And so, in this ‘blink and you’ll miss it’ time of year, where the swing between Summer and Winter can involve a week of temperate weather, it’s time for the next round of freethinking, and we’re keeping it strong in a neighbourhood which is rich in sights and sounds.

The last couple of freethinking bklyn nights have been fairly full-on affairs. The music has tended towards the ‘accessible’ – with the straight ahead funk of JB sitting alongside a liberal dose of Minneapolis’ favourite son. The ‘faintly forgotten’ has been served up in the form of St. Etienne, Martine Girault and Kraftwerk. And, Manchester always has a home in my sets…

Later this month, as we wave farewell to the summer, you can expect a night of music which sits right at home in Williamsburg. There’s nothing quirky about good music.

Friday September 27th, 10PM – LATE
The BackBar at The Bedford (on the corner of Bedford Av and North 11th St – enter on North 11th)
Williamsburg, Brooklyn