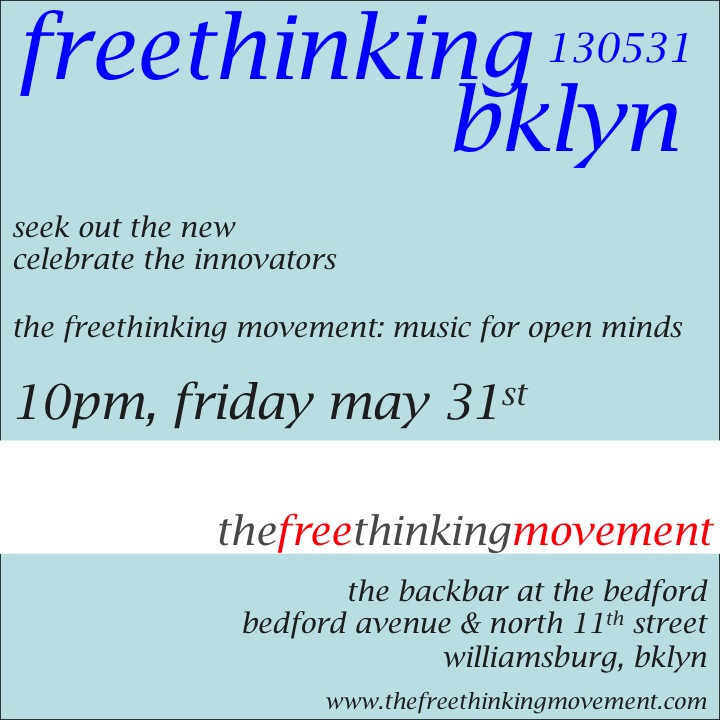 seek out the new
celebrate the innovators

It’s a pretty crisp mission statement. It’s not about playing obscure tracks one after another, for the sake of ‘appearing cool’. It’s not about analogue versus digital. It’s not your typical Williamsburg night. No – this is where Sheffield’s own ABC will be played next to The Breeders. This is where people nod in agreement to tunes by Ian Brown, Steve Mason and The Specials. And this is where ten tons of funk is unleashed, from Marcel King to Sun Ra, from Cymande to Sons of Slum, from the Kashmere Stage Band to Baby Huey.

The next round of freethinking is nearly upon us. Friday is made for this.

Friday May 31st, 10PM – LATE
The BackBar at The Bedford (on the corner of Bedford Av and North 11th St)
Williamsburg, Brooklyn
facebook event

It’s about music for open minds.