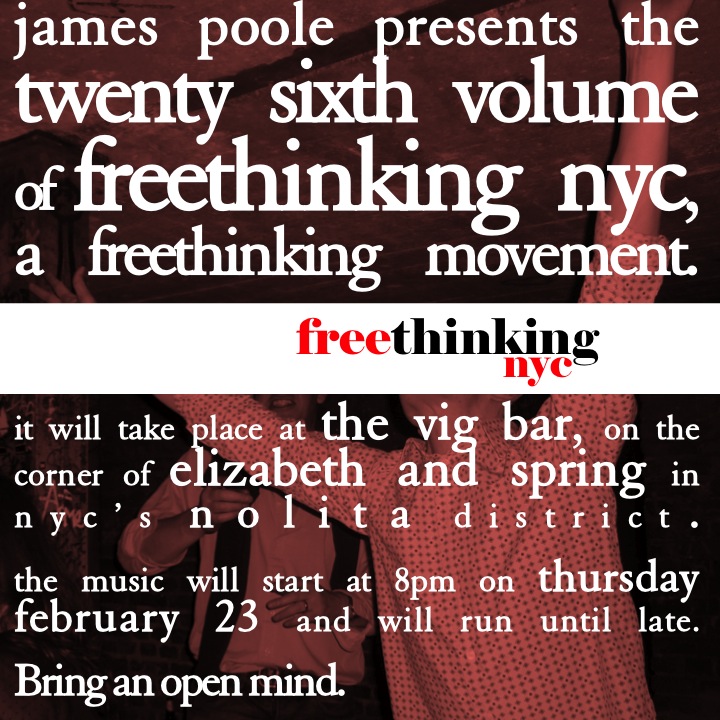 What can I say? Real life kind of gets in the way, sometimes. But, on Thursday February 23rd, freethinking nyc is back, back, back. It’s hard to imagine that it’s been nearly a year since the last outing…

It’s time to get back behind the decks, and to unleash nearly a year’s worth of new music – as well as some tried and tested, bona-fide freethinking staples. And, with so much pent-up DJ energy, I will be flying solo for volume 26.

You can expect the same genre-defying mix, taking you from Friends to Lee Fields, from Japan to Fred Wesley, from Herbie Hancock to Grand Funk Railroad, from Happy Mondays to Mos Def. This is about throwing good music at the wall, and seeing what sticks.

All I ask of you: Bring an open mind.