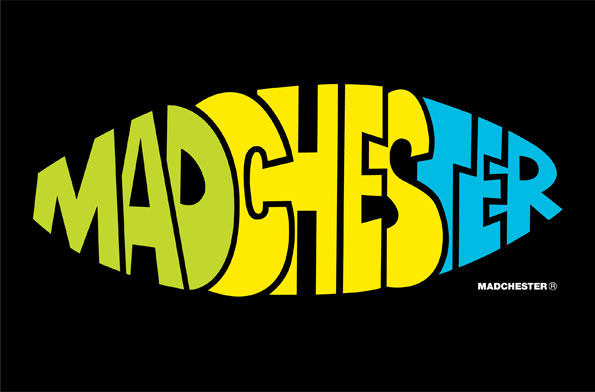 So 2012 looks like it’s the summer of Madchester Revisited. Bring it on, I say. While I’ve already waxed lyrical about the Resurrection of the Stone Roses, the news that there are other Manchester heavyweights getting back on the road is ‘banging’, as MC Tunes might have had it.

It’s not the first reformation for Happy Mondays. A lot is being made this year of it being ‘the original line-up’, but honestly, it’s hardly a detail that many people will get hung up on. As musicians, they’re hardly at the top of their game – but as I’ve said before: it really doesn’t matter. A Happy Mondays gig isn’t just about the music – it’s about a bunch of blokes up on stage truly not giving a flying fuck. It’s unapologetic, and all the better for it. I saw the Happy Mondays the first time around, and they were truly brilliant. Or, to be more accurate, it was a truly brilliant night. I’ve rarely seen a huge venue (in this case, the Manchester G-Mex) transformed so successfully into a mob of ‘up for it’ fans. In fact, the next time I witnessed anything so similar was at the Brixton Academy, about ten years later, when the ‘we need to pay taxes’ Happy Mondays Reformation Part One took place. So yes, I’m chuffed to bits that we’ve got the Mondays back.

On support duties for Happy Mondays, we have Inspiral Carpets. They were always on the second tier of Manchester bands, for me – but considering the competition to reach the upper echelons, it’s perhaps forgivable. Their material just isn’t as widely known as other Mancunian leading lights. Beyond ‘This Is How It Feels’ (which still comes across like a kick in the stomach), I suspect that most people would struggle to name many of their tunes. ‘Dragging Me Down’, however, is just ace. ‘Saturn 5’ should have been massive. Featuring a rarely-sounding-more-demented Mark E Smith (OK, he sounded more demented as he squealed ‘New Face In Hell’ – and this is a good thing), ‘I Want You’ is just bonkers, and probably the best track they ever knocked out. So yes, I’m also chuffed that we’ve got the cool as fuck Inspiral Carpets back.

And, we’ve got some New Order action coming our way – or at least ¾ of New Order. Call it New Ord. Continuing their brief foray into the spotlight at the end of 2011, there are concerts and the potential promise of new material. Now, I love New Order. Properly love them. And Joy Division. As a kid, I was massively into them. They provided the soundtrack to my early teens, they were a constant through university, and I still can’t get enough of them, now. ‘Atmosphere’ still leads me to find a reason to rub my eyes, pretending that they’re not moist. ‘Blue Monday’ still fills me with nothing but joy. ‘Perfect Kiss’ is still one of the most under-rated Manchester epics. But, I just can’t find the enthusiasm for a New Order reformation. At least, not one without Hooky. My despair at this isn’t just because

¾ New Order < New Order It’s because the remaining ¼ is off, cashing in on the legacy on his own. I just want to shake all four of them, and tell them to get it together. Ian Curtis would be bloody furious. It just feels wrong. So that’s three Manc reformations which are unquestionably ‘good things’, and one which really isn’t. To be fair, it’s not a terrible outcome. But, there’s one reformation which looms over all of the above. One Manchester band which would, if they appeared for one show together, would eclipse New Order (all four of them), The Stone Roses, Inspiral Carpets AND Happy Mondays – all on the same bill. And no, I’m not talking about Northside. [As an aside, the last time I threw in a one-liner about Northside, I received a message from a clearly infuriated fan, critical of my ‘snipe’. For the record: I actually liked Northside]

No – the reformation for which I’d pay top dollar, and travel to wherever I needed to be in order to see, is for a band which were already gone by the time of the ‘Madchester’ summer. While they weren’t there, however, their presence was felt. An undercurrent was there. I’m talking about The Smiths. Now THAT would be banging.

I am chilean… I am 22 years old but since 2003 I listened to Inspiral Carpets!, since this year that listened Saturn 5, the begin of this song was very incredible for me, and togheter with my sisters before we listened this Saturn 5 I think xDD
Now, before of the re-group I haved a lot of mp3s, and some original cds, Cool As, Life Beast Inside, etc.. together with The Stone Roses’s first album..

Madchester was very cool.. I am from Chile, here now Talked much more of Grunge, I prefer to Madchester groups, since ones months before the Re-group of Inspiral Carpets xDD

I was at the concert in Santiago, Inspiral Carpets, last November, just days before my birthday 😀
Javier Salamanca