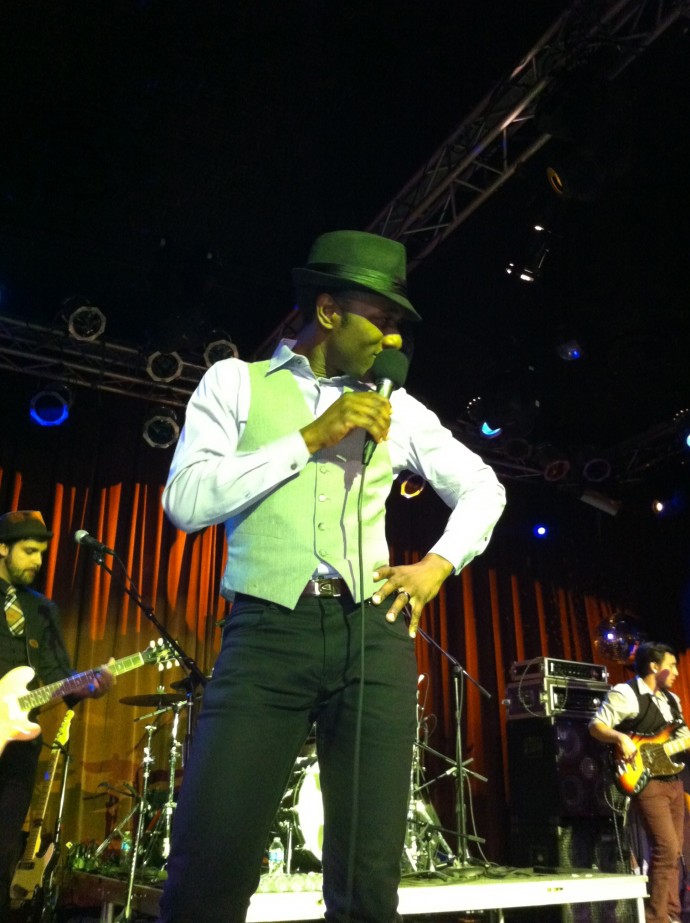 People of the UK: I applaud you. While you may be responsible for all manner of horrors, such as Britain’s Got Talent and the unintentional election of a sham of a coalition government, sometimes you’re bang on…

Last September, I put forward a simple point: that people like good music – given the chance. While most mainstream media caters to the lowest common denominator (step forward, X-Factor et al), if good music is actually given an outlet, it catches on.

And so, here we are again – the people have spoken, and Aloe Blacc is riding the crest of a wave. ‘I Need a Dollar’ is about as solid a soul track as you’re likely to hear. I was going to say ‘these days’ at the end of that sentence, but let’s be honest – it stands up against classic 1970s soul – I’ll say it – from Marvin, from Stevie and even from the great Gil Scott-Heron. It’s not just bubblegum thrown out to fill a dancefloor of pissed up tools on a Friday night, before they go out to have a fight over some spilled kebab sauce. It’s a piece of music which we will come back to in years to come. And – it’s at number 2 in the UK singles chart. I find this astonishing. Well done, people. Well done. You’ve championed a piece of music put out on a Brooklyn record label that you’ve probably never heard of, and you’re right to do so. It’s a peach.

But, it gets better.

Some friends tried to provoke me a couple of weeks ago. A question was posed – with a degree of playfulness:

The question was clearly a veiled reference to Aloe Blacc. You see, in another post late last year, I had shared my views on Aloe Blacc, based largely on a staggering live set I had seen at LPR in NYC. I had extolled the virtues of a renaissance in real soul which he was championing, waxed lyrical on his outstanding live band (The Grand Scheme), and gone on to say that here we had an artist so in tune with his audience that it was reminiscent of Live at Carnegie Hall-era Bill Withers. The post went down well – it clearly struck a chord with those hungry for music with some meat. Some depth. Some life.

I think I had made my position on Aloe Blacc fairly clear.

A great question – especially when it was posed about two hours before I went along to see Aloe Blacc play live in San Francisco. I gave my answer, explaining that no, I didn’t go off bands as soon as they became famous – but, and this is a big ‘but’, I also don’t want to see the act toned down as a result of success. I want to see the same passion, the same edge.

I shouldn’t have bothered verbalising my answer – I should have dragged them along to see the show. It was, once again, staggering. And, it wasn’t just San Francisco. I brought a small crowd along to see Aloe Blacc on Friday night at NYC’s Highline Ballroom. It was even better. ‘I Need A Dollar’ is now clearly a bigger anchor in the set, and the crowd reaction is significantly more vocal than it was last year – but the performance is still pure. It’s still about the music. It’s still a lesson in bringing a classic soul sound bang up to date – but doing it with respect. And, talking of respect – stopping the music mid way through ‘I Need A Dollar’ for Aloe Blacc to sing a line from ‘The Bottle’ was a truly delicate and touching moment. Gil Scott-Heron lives on…

Mainstream chart success AND a live show that still kicks arse. Now that, my friends, is something to applaud. Since seeing Aloe Blacc and The Grand Scheme last November, the band has toured extensively – taking in Europe, Asia and a few appearances through North America. Playing live a lot is clearly doing no harm whatsoever. If you get the chance, go and share in the experience.

Music to nurture your soul. A band that is water tight. A front man who balances swagger with charm, but still places the music first and foremost.

Hey, UK. Well done, you. You have got this right.