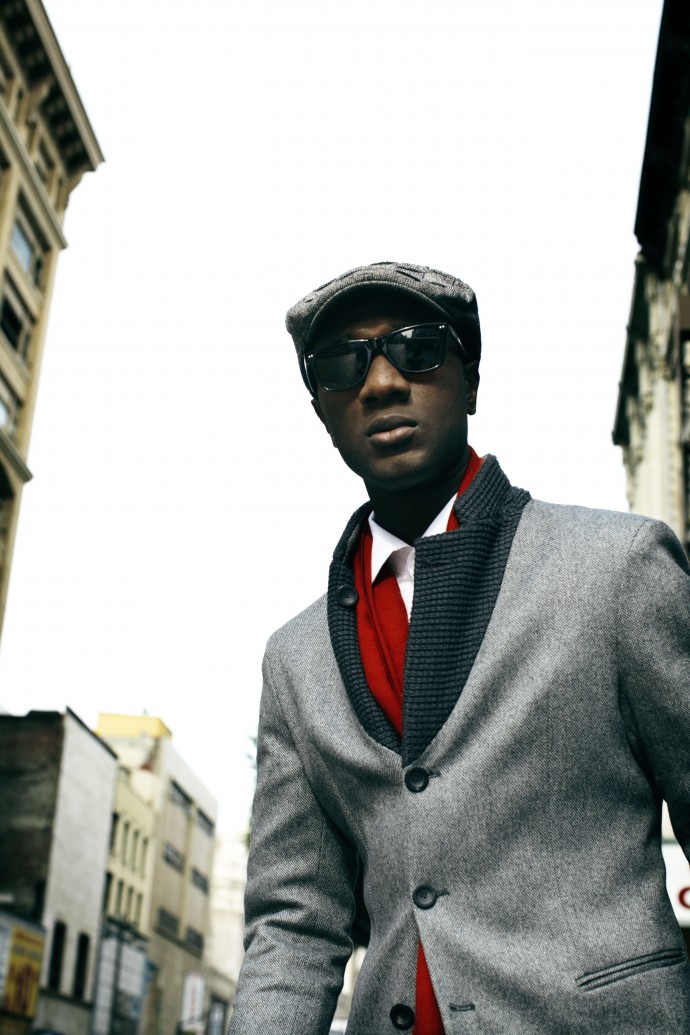 Finding good gigs in New York is like shooting fish in a barrel. Even so, this year I must have had a machine gun.

Paul Weller at the Apollo. Gil Scott-Heron at the Blue Note. The Specials at Terminal 5. Spiritualized at Radio City. Everything Everything at Arlene’s Grocery. Beth Orton in Rockefeller Park. The Hotrats at the Bowery Ballroom. The Black Keys at Summerstage. Some bloke called Thom Yorke at Roseland.

Yes, it’s been a good year. Last night, the bar was raised. I am still stunned.

I wasn’t expecting my gig of the year to come from an artist who, until about three weeks ago, I had never heard of. He is Aloe Blacc, and his band are The Grand Scheme. They have arrived from 1973 to remind you what soul should sound like. They do it with style, warmth and passion. Quite simply, they deserve your attention. If you’re in any doubt, just cut straight to the clip below. Aloe Blacc covering Billie Jean, but making it 100% – unambiguously – his own. He knows how good this is. Just check his reaction at the end. I am reminded of the footage of Paul McCartney at the piano, recording ‘The Long & Winding Road’. At the end, after a few minutes of just Paul – a voice and his fingers on the keys – he looks up, straight into the camera. You can tell he’s thinking ‘well, that was bloody good’. Honestly, I know I’m going out on a limb comparing anyone to Paul McCartney laying down one of the best tunes by the most important band of all time – but Aloe Blacc’s re-interpretation of Billie Jean is that good. Just watch it. And tell your friends. They will think you’re on the money.

Aloe Blacc knocked out this version of Billie Jean last night at Le (Poisson) Rouge – fast becoming my NYC venue of choice. He also played up to the very obvious comparison and covered Bill Withers’ ‘Use Me’. And it’s Bill Withers who can hopefully help me capture the mood of the evening. If you’re familiar with his ‘Live At Carnegie Hall’ album, this may resonate. If not, bear with me. It’s an album with a stunning rendition of ‘Use Me’, the heartbreaking beauty of ‘Grandma’s Hands’ and the joyous celebration that is ‘Friend of Mine’. It captures a band so clearly in tune with each other that you can feel their groove. It captures a band knowing that they’re good, and relaxing into it – there’s no showboating here, because it’s not necessary. It captures Bill Withers in laid back, yet triumphant spirits – performing live is clearly a huge pleasure. He involves the audience. They are a part of it. Everything about Bill Withers ‘Live At Carnegie Hall’ applies to last night. Everything.

Aloe Blacc and The Grand Scheme encapsulate the spirit of ‘Live At Carnegie Hall’ so completely that the gig literally felt like travelling through time. This was a band who were absolutely stunning. Efficient, sparing, giving the music room to breathe – they did absolutely what they needed to, and no more. Aloe Blacc shared the stage with his band in every sense. He didn’t just step back to give his band the limelight, he stepped back to encourage them, to enjoy them with the audience. He was proud of his band – a little in awe as to how good they were.

But, this was Aloe Blacc’s show. He wanted to welcome the audience to ‘The Church of Love and Happiness’. It was a special space. Right there, right then, there was nowhere else to be. Nowhere. A complete entertainer, with a personality which gave across just the right amount of humility (you knew that he knew that he’s good), an ability to slide like James Brown, and a voice to set him apart from the crowd. Acting as the conduit between the band and the audience, Aloe Blacc got the full room into the action. ‘Give us a rhythm’ he asked of the audience. After a clapped beat emerged from the audience, the band joined in. They joined in with the audience, and jammed away, created something fresh. The audience getting involved didn’t end there. Aloe Blacc parted the crowd to form a Soul Train style line dance, and encouraged people to get busy with their feet. How cool is that? I didn’t feel that NYC was ready for me to bust some Stoke moves…

The tune for which Aloe Blacc is known is also embedded below. It’s a stunning piece of accessible soul music. It showcases Aloe Blacc’s perfect voice – much like Bill Withers’ it’s soulful, and laid back. Brimming with social consciousness (again, the Bill Withers comparison comes through), and standing head and shoulders above the R&B masses – this is a calling card if ever I heard one. It’ll bury into your skull and stay there for weeks. You’ll be happy to have it there.

Aloe Blacc is here to stay. And music is a better place for him.

I can’t stop playing this; what a talent!