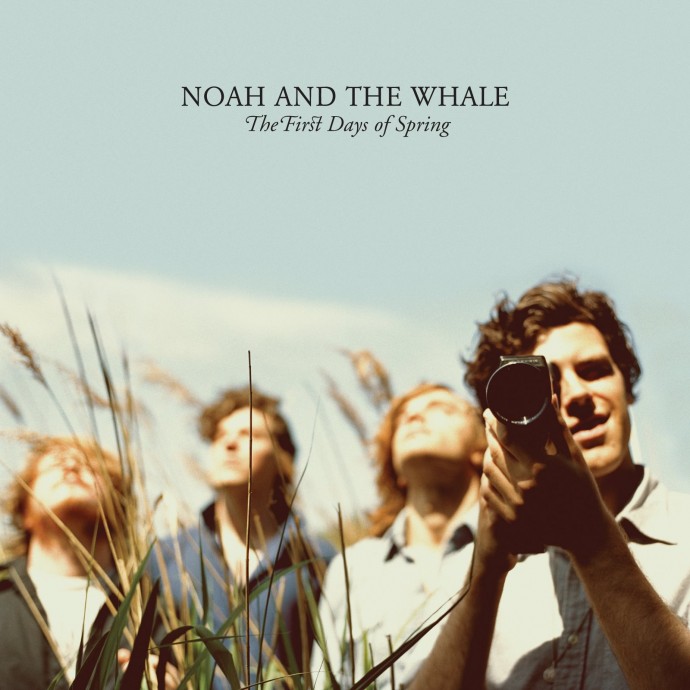 Break up albums can be borderline voyeuristic. As a songwriter exorcises the demons of a failed relationship, you’re exposed to some raw emotions. It can be deeply uncomfortable. On one hand, there’s the bleak lament of self loathing – Beck’s ‘Sea Change’ is hardly going to win any prizes for its life-affirming, upbeat attitude. On the other, you have the financially-motivated ‘screw you’ of Marvin Gaye’s ‘Here, My Dear’ – a wonderful example of an artist seizing on the opportunity to give their ex exactly what he felt they deserved: an open letter explaining his side of the breakdown of their marriage.

It’s not just albums. Some tracks capture everything perfectly. It may be an odd tune to highlight, but ‘Yes’ by McAlmont & Butler has always stood out to me. Forget your ‘I Will Survive’ – an upbeat celebration of freedom – ‘Yes’ is the ultimate ‘I am massively better off without you’ track. I bloody love it.

Still – for all the pain in ‘Sea Change’, the openness in ‘Here, My Dear’, and the celebration in ‘Yes’, there’s still something missing. Something not quite real. There’s a certain sheen which masks reality.

And so, I give you ‘Blue Skies’ by Noah & The Whale. It may have come out a couple of years ago – and since then, Noah & The Whale have garnered even more attention. But, for my money, ‘Blue Skies’ is about as good as it gets. It’s a painful evocation of lost love, and the reality of coping with just getting on with life.

‘I’ll do anything to be happy’

Simple. But, you know it’s true. There’s no celebration, yet there’s forced optimism.

It’s not just about the loss – it’s about the future. It’s about getting over that final, painful hump of realising that things have moved on.

‘It’s time to leave those feelings behind’

But, honestly – the growing sweep of the music, the emerging theme of ‘blue skies’ signalling the future – it’s just wonderful.

I think I’ve made my opinion on this track clear enough. I’ve used Beck and Marvin Gaye as touch points. This is high praise from me. I love ‘Sea Change’. And, while ‘Here, My Dear’ isn’t to everyone’s taste – it’s certainly to mine.

Here’s the thing – I’m sharing this not just to make a point that ‘Blue Skies’ is a modern classic. I’m sharing this as a preamble – as a way of putting some context around my thoughts on Noah & The Whale as seen live at the Bowery Ballroom on Tuesday night. In short, they were astonishing.

Coming on stage to an orchestral rendition of ‘Bohemian Rhapsody’, Noah & The Whale kicked straight into ‘Blue Skies’. For my money, this shows a set of stones. ‘Let’s go on stage, and knock out our best track, just let’s get it out of the way’. Where are you going to go from that? It’s not exactly a track that I’d use to kick off a party.

Noah & The Whale showed that you can open a set with the ultimate break up song, that you can hold the audience, and that the optimism held within the song is just infectious. The audience were immediately won over. It’s just such a beautiful song. It’s perfectly crafted.

And, the show only got better. As the band brought the set to the most recent album, ‘Last Night on Earth’, the upbeat attitude grew. I was hoping for a good concert, but I didn’t go along expecting ‘greatness’. What I saw was a true ‘band’ – they were having a blast, and they were all totally focused on doing what they do. The lead singer (Charlie Fink) was reminiscent of Bill Callahan – with a deep voice that evokes experience and world weariness that strike you as at odds with his apparent youth. The rest of the band are ludicrously talented – switching instruments throughout the set, and even making a violin look cool.

So – that’s it – you can sign me up. Noah & The Whale absolutely ‘have it’. If you get a chance to see them, do so. Go and see complete honesty on stage. Go and see a band that love doing what they’re doing. Go and see a bunch of musicians who are bang on. And, they wore suits. I like a band in suits.

Noah & The Whale play the Latitude festival later this year. You’ll know where to find me: front and centre.