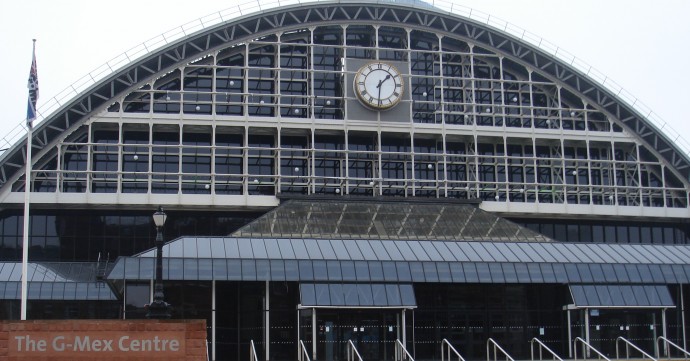 I’ve been biting my lip for a little while now. The idea of the freethinking movement is to celebrate good music, to recognise innovation, and to highlight some of the overlooked heroes who should be more well known than they are.

I recognise that it’s all a matter of taste, and that just because I say that something is good, it doesn’t make it so. In light of this searing insight, I have been intentionally treading a very careful line over the first few months of this movement. There may have been a couple of slips, but by and large, I have not slagged bands off. Even if they deserve it.

So, I have not written about Muse, Vampire Weekend or Snow Patrol. Because they are all bobbins. Terrible. What is worse, they are terrible AND popular. And they receive critical praise. And they get nominated for awards (Vampire Weekend for Best International Group at The Brits? Really?). So while I have written posts which pat the public on their collective back for selecting ‘Unfinished Sympathy’ as the best record ever, I also feel that a slap is needed for elevating these three bands to anything beyond the back room of a working mans club.

Here’s my attempt at summing the three bands in question:

I’ve only walked out of a few concerts in my life. Earlier this year, I didn’t see The Charlatans through to the end of the encore. This was despite the encore being ‘Sproston Green’. A few years back, I made for the exit sign on seeing Spiritualzed in an NYC cathedral – I simply couldn’t hear a thing that was going on. I’ve totally exorcised this one by seeing them blow the roof off Radio City.

The equation above is in direct reference to the time I saw Snow Patrol. It was about four years ago, and I was living in central Manchester. Snow Patrol were not, by any stretch of the imagination, the reason for me heading across the road to the G-Mex. No, it was the support band. Elbow. I’ve waxed lyrical about Elbow on here before, so I won’t go too far on this. What I will say is that, for a large venue, before they had ‘made it’, Elbow stunned the audience. The masses were there waiting for bland angst-ridden pop. What they were served up with, by contrast, was filled with wit. These were a bunch of local lads, holding court, and loving it. I vividly remember a couple of tracks from the night. First off, a live favourite from the time: ‘McGreggor’. Guy Garvey, banging on drums at the centre of the stage as a twisted tune plays out behind him. It was like a circus show on acid. Secondly, ‘Newborn’. It’s a constant in the Elbow live show, and it’s always good. This night, it almost came across as a calculated move. They played this song at the end of their support set. The audience was hushed. I heard people asking each other what the band was. As Elbow left the stage, they had done all that they could do. They had raised the bar, and Snow Patrol had to try to meet the challenge.

They failed. I lasted about four songs. My wife said that I was ‘right miserable’. In fairness, she was spot on.

2 replies on “It was only a matter of time…”

Such discernment is to be celebrated! However surely you missed the biggest offenders – the aptly named Coldplay? More like Coldtea. There are many others, and hopefully they know who they are! The seemingly endless recycling of increasingly pale imitations of real music is doubtless all part of Lord Syco Sauron’s effort to harness the boundless energy of all musical creativity worldwide and direct it towards his own nefarious ends. How long before people like Guy Garvey and Jason Pierce are dragged in chains onto X-Factor for the audience to vote on whether they are pelted with rotten fruit, or forced to duet with This Week’s Winner? Or am I being over-dramatic?

Snow Patrol make me angry that I’m not making $millions by fiddling with my navel and singing grammatically incorrect ‘ballads’ about lying down or turning on lights.