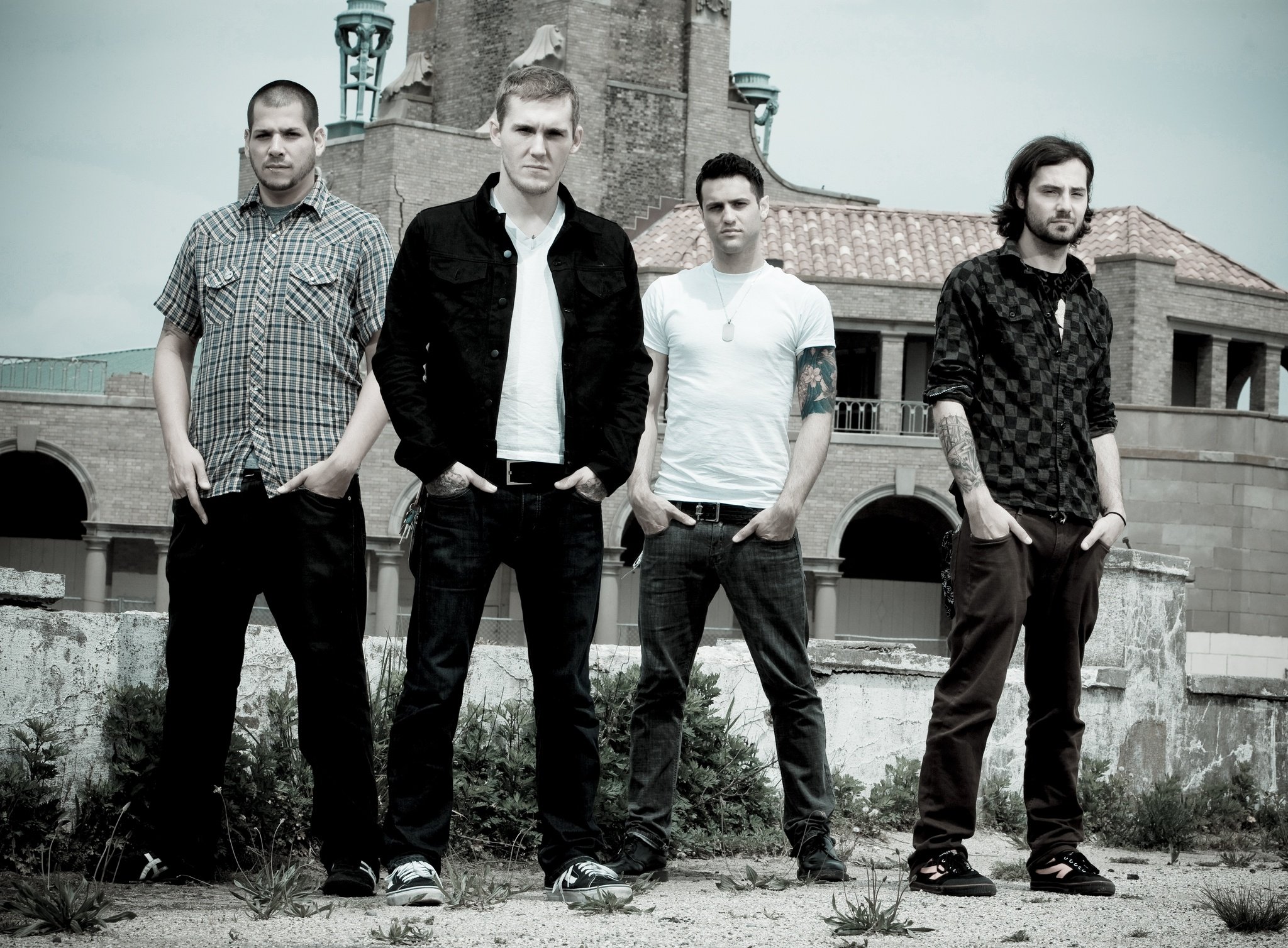 Last night I had an evening off of DJing, as our freethinking nyc party took a break. (we will be back on Thursday Oct. 7th, so don’t panic!). Instead of laying about the house, I went up to NYC with my better half to see a band I had heard a lot of noise about, but never really checked out live, the Gaslight Anthem. I have been a Jersey boy all my life, and have been repping the Asbury Park music scene by DJing since the late 90’s, recently splitting my time between Asbury and Brooklyn. It’s an AP to BK connection I have grown to love, but I still love Asbury. Let me assure those who have seen Jersey Shore, it’s not all Snookis and Situations running around the Park. All the musicians and DJ’s do not look like Pauly D. In fact, the “juiced up gorillas” who fist pump that Snooki loves to love are few and far between in this scene. That’s a little further South in Belmar (which coincidentally denied the Jersey Shore from doing a season there, a move that may or may not have been a good move). What I’m trying to say is, Asbury Park and the surrounding area have a thriving music scene, despite the bad rep Jersey Shore give Jersey, and despite the fact that marquee in front of the famous Stone Pony look like this. I’m not sure what year it looks like, but that was August 2010. When I say thriving, I mean thriving, despite the lame attempts by Live Nation to try and bring quality national acts to town. If you call the same big bands playing a few months at the same venue (Moe, The Black Crowes, Peter Frampton, should I really go on?) a draw to AP for more than the Baby Boomer/ Jam Band crowd (which I’m not dissing), I beg to differ.

Let me move back to earlier times when Asbury Park was the mecca for music on the East Coast. Led Zeppelin played their first show here. The Doors, the Who, The Clash (for 3 nights!), KISS, and Black Sabbath among many others played in AP. Artists like Bruce Springsteen and Southside Johnny put the “Debris by the Sea” on the map. That was a long, long time ago. Who’s holding the torch now? A glance around town in any of the music flyers or papers and you see names like Quincy Mumford, Status Green, Rick Barry, Nicole Atkins and the Sea (who will soon be on tour with the Black Keys), the Parlor Mob, 20 year music vets The Bouncing Souls, Miss TK and the Revenge, and others keeping the creative Asbury music scene alive, all in their own way. Then there are these guys I touched upon in my first paragraph: The Gaslight Anthem. I have heard the name, seen them on the marquee at the Pony a few years ago, I even saw some of the guys hanging out at the Asbury Lanes, but honestly, I’m in my own world of DJing so I really didn’t give it too much thought. I really missed the boat with these guys. From the time they walked out on stage to their intro of “Somewhere Over the Rainbow” to the bitter end of powerful, poppy, punk rock messages packaged in a neat canvas knapsack with Bob Dylan and The Clash badges on it that everyone could sing to, I realized what I had been missing. Here were four guys who started like many of the bands before them, in basements in Red Bank, New Brunswick, Asbury Park and the like, now gracing the stage at one of the most beautiful venues in the world, Radio City Music Hall. I saw four humble guys, living their dream, playing beautifully crafted music with lyrics that had everyone singing from start to finish. Musicians who know what the meaning of a show like that was, and how they are continue to put New Jersey on the map. Without saying it, Brian Fallon is the 2010 Bruce Springsteen, spreading his message throughout the world in a way that would definitely make the Boss proud. These guys are the real deal. I may have needed a late pass on hearing these guys, but really, it’s better late than never. They’ve already made it, they do not need the praise of a DJ from Asbury Park. They’re successful musicians, but here at the freethinking movement, I need to give credit where credit is do, even if it is late. If Bruce Springsteen was the father of Jersey music, the Bouncing Souls were the sons, then the Gaslight Anthem are definitely the grand kids. They’re doing a great job of keeping the flame that is Jersey music alive. New Jersey music is still on the map people, and the Gaslight Anthem are living proof. A far cry from what Jersey is perceived as of late on television. Next time you guys are back in Jersey Gaslight Anthem, look me up, I want to buy you a beer.

Gaslight Anthem perform We Came to Dance Live at Bonnaroo 2010