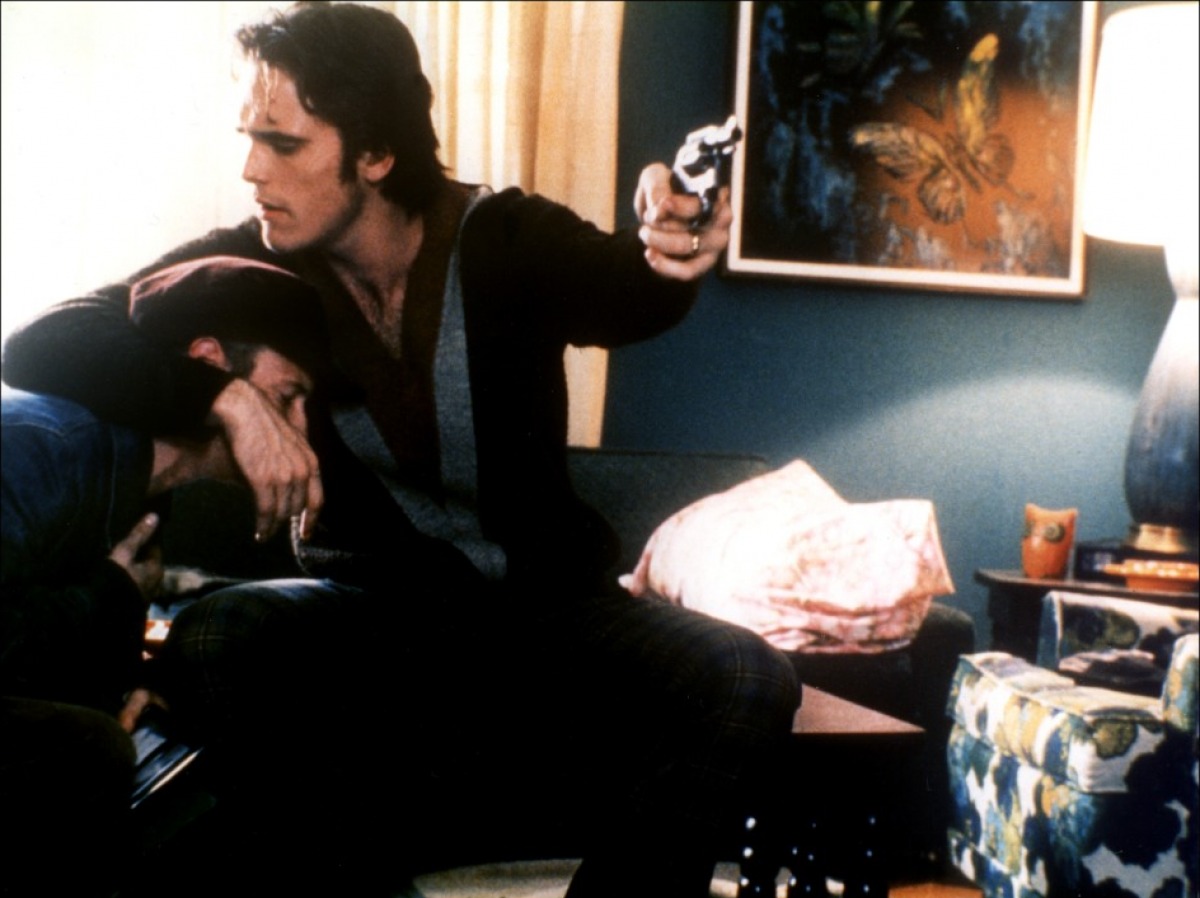 In 1989 I was listening to a large chunk of Public Enemy, bands like the Smiths and Bad Brains, and whatever Alternative rock that was being fed to the masses over at 106.3 WHTG (R.I.P. sadly) and underground stuff the Princeton University radio station was playing (when I could get it on my CD boom box’s radio). I remember going to see the movie Drugstore Cowboy, where Matt Dillon and his drug addict friends go on a robbing spree of pharmacies and hospitals in the Pacific Northwest in the 1970’s. Hailed as the movie that put Gus Van Sant on the map, it also put this guy on the map for me: Desmond Dekker. This song was featured in a prominent scene, and I just had to get my hands on it. Now a buddy of mine, Bucco, had been selling me on this guy for a few years, along with John Holt and the like (I remember he had a sort of shelf that went around his basement bachelor pad with hundreds of Reggae CDs), and here he was playing in a major motion picture. I had to get on this Rude Boy Train, and quick. I did, in fact, get into Rocksteady and all kinds of Reggae after that. I started to buy records and cds, any kind of Reggae that crossed my path. Desmond Dekker spoke to me. This record spoke to me. Part Soul and R & B, but slow, with a steady pace, his falsetto voice was smooth and soothing. It reminded me of when I was a kid, when my father had the radio on on Saturday nights, and we’d be playing board games, dancing and singing the whole night away. It had that kind of impact on me. This song also introduced me to the Rudeboy culture, which led me even further to the Two Tone movement: The Specials, etc. I dare to say that the introduction of this song (outside of Bob Marley’s work) was really the springboard that brought me into the world of Jamaican music and history.

Looking back on this movie, I realized that Drugstore Cowboy was scored by Elliot Goldenthal, with songs like this one and by artists like the Count Five, John Fred and His Playboy Band, and Jackie De Shannon sprinkled on the OST, but tunes by Tom Waits and Roky Erikson were unfortunately just in the film. The choice of “Isrealites” to be included in the movie may have been to drive a soothing point home about drug addiction. The point it drove home to me was to go out as quickly as I can and get this monster of a record (which I eventually did on 45 on UNI). The William S. Burroughs cameo as a preacher was also just icing on the cake as well. Thanks Gus.

One reply on “Rudeboy via Drugstore Cowboy”

[…] This post was mentioned on Twitter by James Poole, DJ Prestige. DJ Prestige said: Rudeboy via Drugstore Cowboy over at the freethinking movement: https://thefreethinkingmovement.com/?p=737 […]