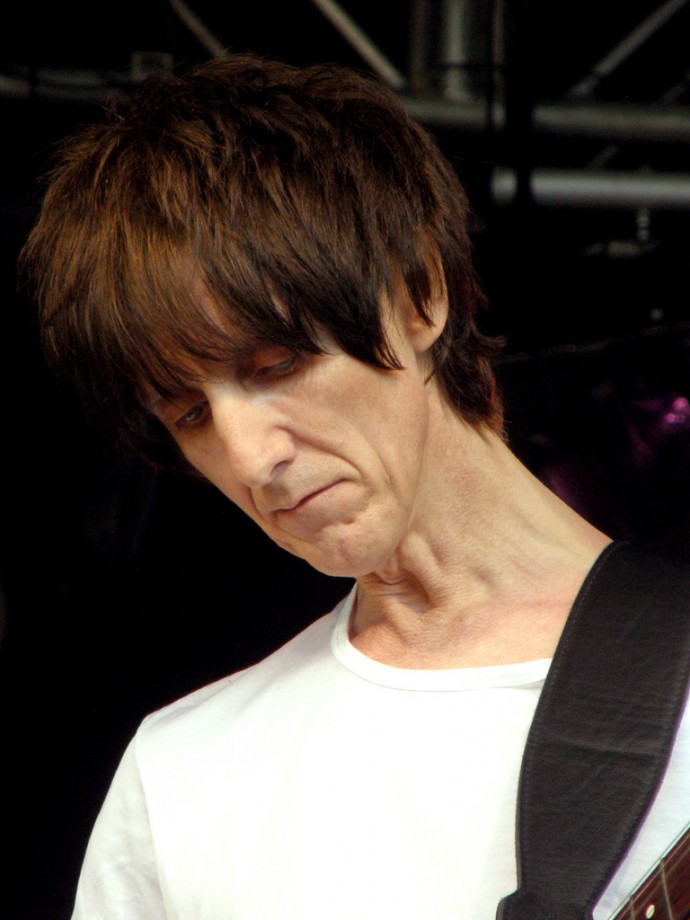 There are certain artists who you just depend on. Rarely going fully out of your way to acknowledge how good they are, but they’re there, on your playlist. Artists who are just not that popular, but whose influence transcends their lack of public acknowledgement. A case in point: The Durutti Column.

The Durutti Column is essentially the vehicle for Manchester legend Vini Reilly. The man who can make a guitar sound like an orchestra. The man who was there when Factory first came to be. The man who has been churning away, putting out albums at a rate which challenges The Fall. While The Durutti Column has had an ever-changing lineup, it’s perhaps the combination of Vini Reilly’s sweeping guitar and Bruce Mitchell’s jazz-tinged drums which really captures the essence of the band. I’ve actually referred to another ex-band member on here before; Tim Kellet went on to join Simply Red (we can’t blame Vini Reilly for that), and formed mid-90s band Olive.

It’s a sad reflection of artistic recognition that, only when something tragic happens, do some performers truly get the acknowledgement which they deserve. On reading about Vini Reilly’s ‘minor stroke’, I thought it appropriate to share some thoughts on this outstanding musician.

You know Vini. Even if you don’t realise it, you know him. Sadly, you’ll know him for probably his least ‘Vini’ sounding guitar work. His is the guitar on Morrissey’s ‘Everyday is Like Sunday’. You want to dig into The Durutti Column’s work to truly hear the Vini Reilly sound.

While Factory label mates Joy Division were gaining all the praise and recognition, Vini Reilly was knocking out some truly outstanding albums. Early Factory releases contained some of the best output on the label. The sound was clearly distinct from many other bands which came to emerge on the Factory roster, but it was a sound which captivated. Instrumental musings such as ‘Sketch for Summer’ deserve a far wider audience. I defy you to not be moved, especially in the knowledge that this was a track played at Tony Wilson’s funeral. Vini’s vocal style is also very much his own – check out ‘The Missing Boy’ (his dedication to Ian Curtis), and you’ll see what I mean.

For me, The Durutti Column were regularly on my turntable when I was a kid. They’re probably not the first band that you’d think of someone being into at the age of 13 – but I thought they were great. As the spotlight shone on Manchester in the early 90s, so the output of The Durutti Column changed. I remember ‘Obey the Time’ being released, and appreciating the change in direction brought by the ‘house’ influence.

They’re a band which are pretty much at the top of my list of ‘I can’t believe I haven’t seen them live’ acts. The links below will show why I am keen to check them out. It’s tremendous stuff. Reading the news about Vini’s health, I am now keener than ever to check them out as soon as he returns to performing.

And as an aside, anyone who can release an album (and a good one, at that) called ‘Love in the Time of Recession’ is alright in my book.

One reply on “Celebrating Vini”

[…] This post was mentioned on Twitter by DJ Prestige, James Poole. James Poole said: I wrote a post about Manc legend Vini Reilly of The Durutti Column. Hope he gets well soon: https://thefreethinkingmovement.com/?p=700 […]