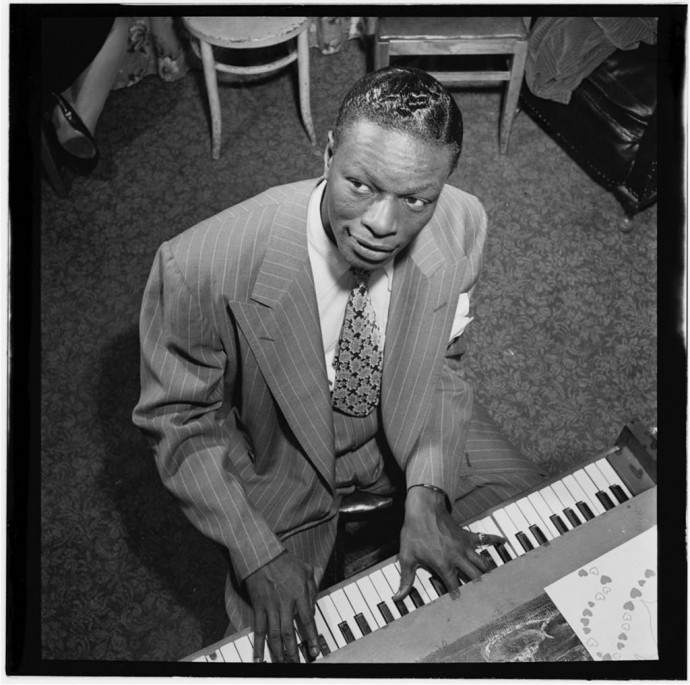 The freethinking ethos was loud and clear during volume 3. Genuinely, I don’t know where else you would hear Run DMC, Heaven 17, Sade, Dizzy Gillespie, Friendly Fires and Delphic all in one night. Throw in a Nat Cole tune to close the evening, and I think you’ve got something special.

Nat Cole’s ‘Sweet Lorraine’ really is a fine piece of music. Stunning vocals (as is normally the case with Nat Cole), a simple, underplayed piano solo, and an effortless air to the entire recording – I think it’s near perfect. I’ve played Nat Cole when DJing before – mainly his version of Route 66 – but I don’t think I’ve dropped Sweet Lorraine in before. I’m glad I did.

From the opening bars, as soon as Sweet Lorraine was playing, the entire atmosphere in Kush changed. I’d just played a short set which included Patricia Marx, Maceo, Prince, Lyrics Born and Guru. Going from Guru into Nat Cole clearly is a bit of a stretch – but it’s one that is totally aligned with the freethinking philosophy. The feeling of contentment as soon as Nat Cole sang ‘I’ve just found joy / I’m as happy as a baby boy’ was palpable. It’s like an audio version of time travel. Kush suddenly felt like an old-school New York club. It was special.

Personally, the feeling of time travel also involves strong memories of Sweet Lorraine from my childhood. When I was young, barely a weekend went by without Nat Cole’s 20 Golden Greats being played. The songs are etched into the depths of my consciousness – every piano note, every element of the deep silky voice. Hearing ‘Unforgettable’, ‘Straighten Up and Fly Right’ or ‘Mona Lisa’ instantly transports me back to Sunday mornings in Stoke.

Picking out tracks to close an evening with is great fun. You get a chance to play something truly out of the ordinary, and something to leave an impression with the crowd. As people were filing out on Thursday night, there was such an upbeat, ‘nice’ air. I’m looking forward to plucking out more tracks for future sessions…

And yes, I did say I played Sade.