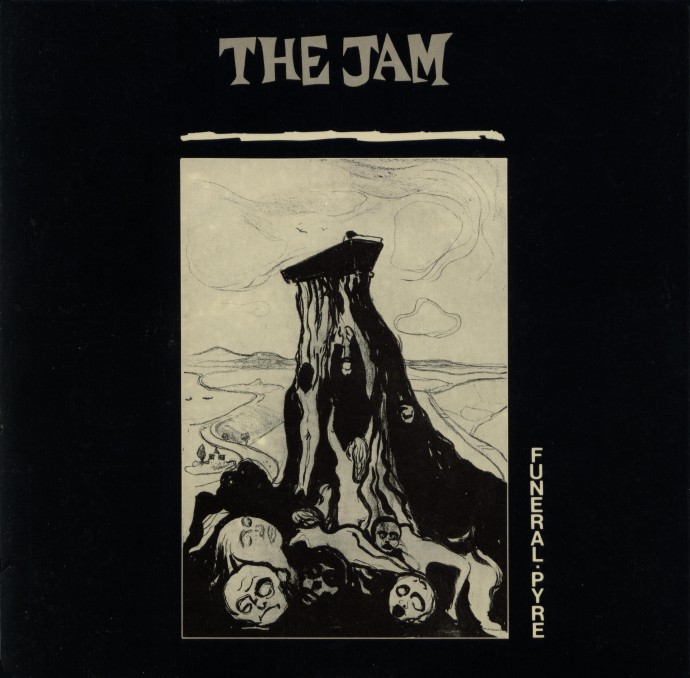 Warning: I’m about to go out on a limb here…

Weller’s best band was The Jam. I know have argued the corner for The Style Council as being a time which captured Weller at the peak of his ‘creative’ mode – pushing the boundaries of his music. But, let’s be honest – for balls-out, angry Weller, you want to hear him with Rick Buckler and Bruce Foxton. You want to hear him with a pair of musicians clearly in tune with each other. You want Bruce on bass (seriously, tell me a better bass player that Weller has stood by for any length of time since the demise of The Jam), and you want Rick on drums (no disrespect to Steve White intended).

I’m going to supply one piece of evidence in the case for the prosecution. ‘Funeral Pyre’. It comes with two more contentious claims:

It’s unfair that one song should cover both bases, but it does. Fact. The ball-breaking bass of the intro, coupled with Rick’s masterclass in drumming to close the song out. It’s possibly my favourite tune by The Jam (ask me tomorrow, and I’ll say ‘English Rose’, or ‘Carnation’…).

Honestly – just check out this clip below. My laptop just nearly melted down by playing it. Three blokes on stage more in tune than any band has any right to expect. A young, angry Weller. Rick totally in control of the drums. Bruce pulling out a bassline which makes you bare your teeth.

Wouldn’t you just love to see these guys on stage together again?