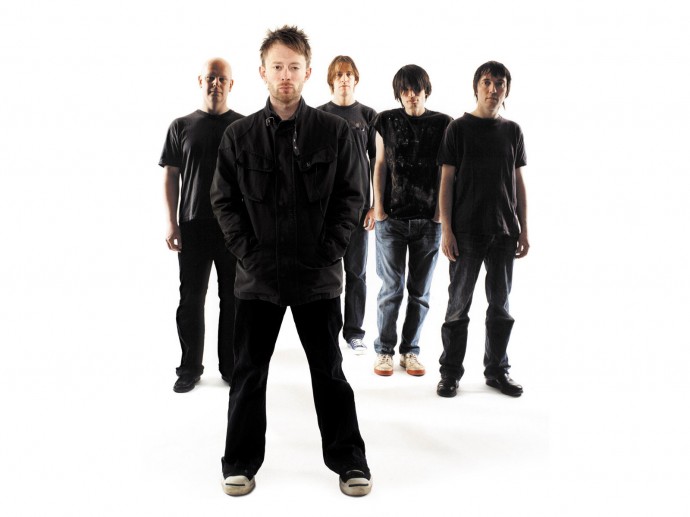 Radiohead baffle and astound me in equal measure. Let’s face it – they don’t take the easy path. I’m not a massive fan of ‘Pablo Honey’. I’m not saying that I don’t like it – it’s just that ‘the difficult second album’ blew it away. ‘The Bends’ was massive. I remember hearing it for the first time and being a little bit scarred at how good it was. Every track was a belter. I thought it would get no better, and then…

‘OK Computer’ came out in my last year at university. As soon as ‘Paranoid Android’ started to get airplay, I was transfixed. It was clear that Radiohead had stepped way beyond where anyone was expecting. This took ‘The Bends’, and shook it to within an inch of its life. This was a band willing to challenge its audience. Honestly, I remember sitting down in the communal university kitchen I shared with seven other people, and just being blown away by ‘Paranoid Android’. I had never heard anything like it before – because THERE HAD NEVER BEEN ANYTHING LIKE IT BEFORE. This was Radiohead creating a new music. And so, there I was, in the kitchen, being sideswiped by the crunching guitar, and all that the people I shared my kitchen could do was to ask me to ‘turn that noise down’. My kitchen-mates were not a particularly enlightened bunch when it came to music.

Returning to a point, I think we gloss over this now – but music changed on the release of ‘OK Computer’. It changed with ‘No Surprises’ and ‘Subterranean Homesick Alien’. Radiohead had evolved into something more than a band. They should have featured on the Periodic Table.

No band has any right to expect to craft an album of the standard of ‘The Bends’. To top it with the next release – an album which challenged the listener – was just greedy. We’re talking ‘deal with the devil’ territory for a band that managed to pull off a third album in a row of this level. Seriously – and I know I am going out on a limb here – even The Beatles didn’t do this.

‘Kid A’ took ‘OK Computer’ to its logical conclusion, and effectively warped the Radiohead sound to a place that nobody would have predicted. Let’s not forget that this is a band that five years earlier had put out ‘Just’ and ‘My Iron Lung’. Now, we had the drum machine frenzy of ‘Idioteque’. We had the soundscape of ‘Treefingers’. You had to wait until the third track of the album until you even came close to a guitar – and then it was the driving bass intro to ‘The National Anthem’. And then they go and throw in ‘How To Disappear Completely’. Game over.

Let me return to my opening gambit. Radiohead baffle and astound me. They astound me through this tireless innovation. They’re not just reinventing themselves as a band. They are genuinely striding forward, shining a path for ALL OTHERS to follow. And, this is where they also baffle me. How the hell do they do it? They know that this innovation will alienate some of their core base – but they wilfully continue.

Further releases have not scaled the heights of ‘Kid A’. I say this not about Radiohead, but about all music. Seriously – it’s the best album since 2000 by a country mile. It’s an album as a body of work which will take a huge amount to beat. Will ‘The King of Limbs’ top it? Probably not – but it’s the most likely release of 2011 to even stand a chance of doing so.

One reply on “Radiohead. They changed music. Twice.”

Agree with much of this, and Kid A is certainly great, but “it’s the best album since 2000 by a country mile”? So many records challenge that statement – The Seldom Seen Kid or Orphans: Brawlers, Bawlers & Bastards or Want One or I Am A Bird Now or In The Heart Of The Moon or The Living Road would be my top-of-the-head votes, all of which, like Kid A, throw down the gauntlet to competitors and fans alike. But hey, we won’t fall out over it! “;-)