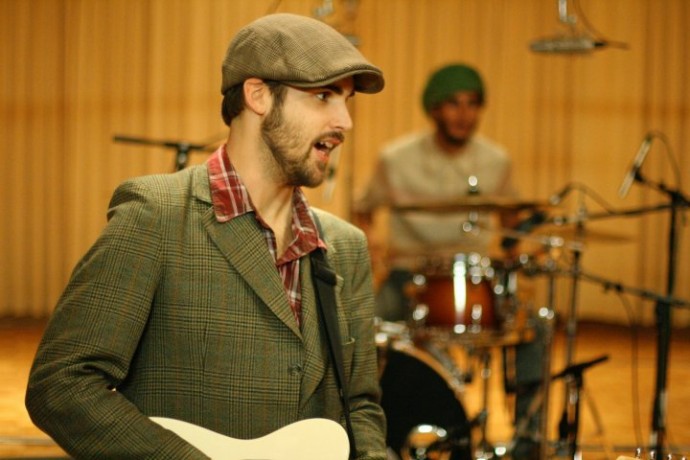 Backing bands rarely get the limelight. There are exceptions, of course. Like The Headhunters, stepping out of the shadows cast behind Herbie Hancock, and unleashing expansive jazz-funk on the world. But there are also those bands that just stay in the background, laying down the tracks while the front person takes the glory. Consider, if you will, The Funk Brothers. Thankfully now immortalised in the film ‘Standing in the Shadows of Motown’, they were (cliché though it may be) a hit machine. They deserved so much more credit than they got. They were immense.

I recently wrote a blog post about Aloe Blacc. It gained a fair amount of traffic (for this site, at least). I’m really glad that the post also made reference to Aloe Blacc’s backing band. The Grand Scheme probably fail to attract the attention of most people who get into their front man’s music. It’s a shame. Aloe Blacc is, without any hesitation, a singer and performer of huge merit. Part of his success, and a large part of the live Aloe Blacc experience, is down to The Grand Scheme. I mentioned in my previous article that Aloe Blacc clearly sees this, and wants his band to not only share the stage, but to own it with him. Hats off to him. It’s great to see this. It’s because they are outstanding.

Joel Van Dijk is the lead guitarist with The Grand Scheme. This is a guy with big talent, as evidenced at Aloe Blacc live shows. Joel stands at the side of the stage, but clearly goes a long way to orchestrate the Grand Scheme sound. His guitar work comes across as effortless – understated, yet deeply funky. It’s easy to like – it’s straight ahead, with no fuss.

The same can be said of Joel Van Dijk’s solo material. It’s easy. It’s soulful. It’s got the blues. It’s the kind of music that just transports you to lazy summer evenings, sitting outside with a few beers. I urge you to check this out.

I’m a newly-converted fan of Aloe Blacc. Joel Van Dijk’s album, ‘Truthseeker’, is a great companion piece to Aloe Blacc’s ‘Good Things’. Paying some attention to the people behind albums which have ‘made it’ is important. Giving credit to those who have helped to craft music which seeps into the public consciousness seems only right. Especially when their music stands on its own merit.

[…] This post was mentioned on Twitter by JoelvanD, James Poole. James Poole said: Like a bit of @aloeblacc? Check out @JoelvanD, lead guitarist with his backing band, The Grand Scheme, here: http://tinyurl.com/26d85oy […]