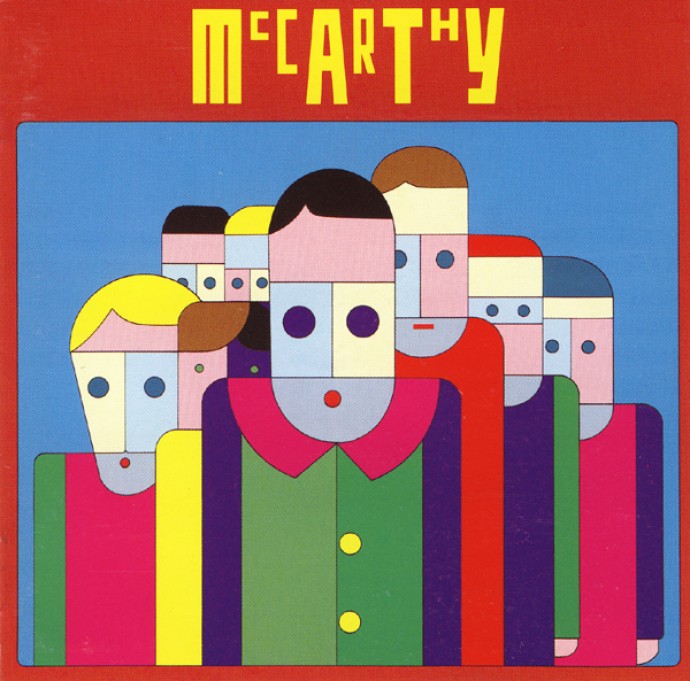 “Rediscovering McCarthy. Most of the week is taken up with listening to new releases so it’s good to be bowled over by something 25 years old”

Now, chances are that you won’t have a clue as to who or what a McCarthy is. I wouldn’t know either, but for a mate of mine form school who was massively into them. There was one particular track which was practically burned into my subconscious by him. It’s a track which I spent the next twenty years – at least – trying to get hold of (OK, I didn’t try that hard, but you get my point). Thankfully, I succeeded in this task last year. I now own ‘Get a Knife Between Your Teeth’. My life is better for it.

From a time where the world was turning its attention towards Manchester, towards the Happy Mondays and The Stone Roses, ‘Get a Knife Between Your Teeth’ was criminally overlooked. It’s got a beat designed for the dancefloor, and more wah-wah guitars than you could ever hope for. In short, this is about three minutes of forgotten indie rock / dance crossover brilliance.

Let this into your life. You’ll feel richer for it.

One reply on “Let McCarthy into your life”

Your articles are for when it absolutely, poistvliey, needs to be understood overnight.