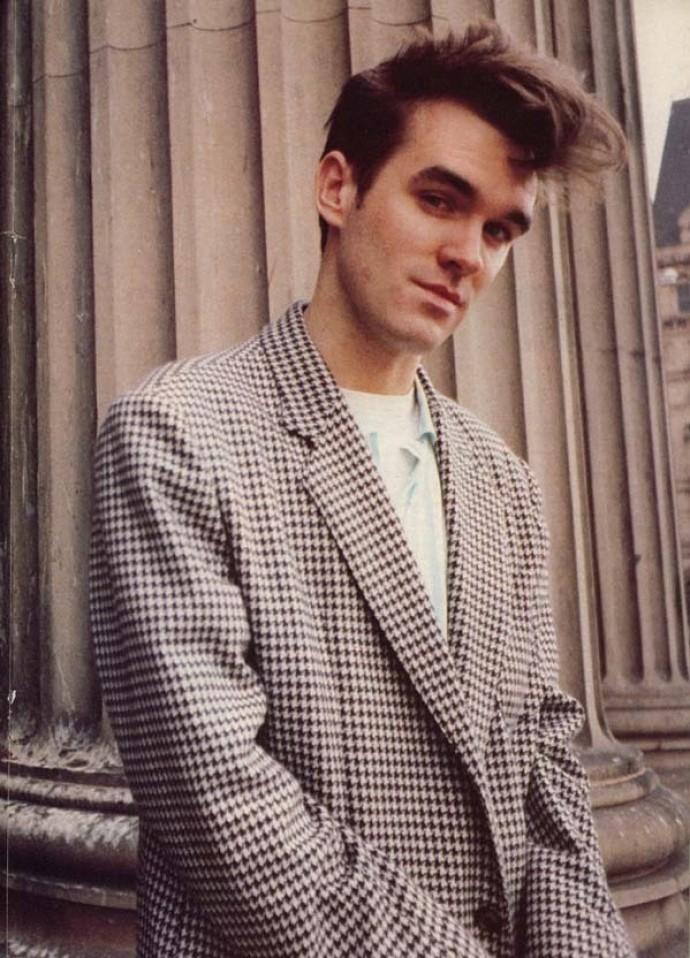 I was probably 18. Every week after I got paid, I’d go to this record store called The Red Rocker in my hometown. The guy that owned it was this giant dude named Bruce. He drove the Dial-A-Ride (or Dial-A-Dude as we used to call it), where you would call a number and a short bus would pick you up and take you anywhere in our town. Besides his driving prowess, the guy was a music encyclopedia. From Classic Rock to Hardcore to Reggae, this guy knew his stuff. This is where I bought The Queen Is Dead on cassette. Coincidentally, this is also where I was introduced to the Bad Brains as well, but that’s for another post. This Smiths record would go in heavy rotation, so much that I still listen to it all the time, and start my lifelong man crush on Steven Patrick Morrissey. That’s right, I said it. I didn’t care if he was asexual, or sang about “the sun shining out” of his behind, his voice was soothing and of course he had the coolest haircut I could never achieve due to my father’s side of the family. I listened to that record all through my senior year and when I was a Freshman at college, I got to get deeper in their discography, and grabbed all the music I could from this charming man and his band mates. When the Smiths broke up and the Moz went solo, I couldn’t wait until his new music came out. I had never seen the Smiths live, but got my chance to see Morrissey in my hometown of Asbury Park, NJ at the world famous Paramount Theater. Besides his own hits (which he by this time had more than a handful), he did Smiths songs, which I was thrilled with. He had played a few years before and actually left the concert because people kept rushing the stage, hugging and kissing him, and showing their appreciation for this legend. The Asbury show was no exception, 250 pound men, young girls, Rockers, Mods, and anyone who could get close to him got on stage. At least he lasted until the encore of “Suedehead’ where he played about 3/4 of the song and then left his band of Fred Perry/ brace boys to finish out the song. Truly one of the best shows I have seen.

Now here I am in my early 40's and Morrissey is in in his early 50's and I still have a man crush on him. Not the type of man crush that I want to date him, but the type that still thinks he is the coolest of the cool. His eccentricities aside, he has been making quality music since the early 80's, and can do no wrong in my opinion. With the odd dud here and there, his track record has been pretty solid. I was thinking back when he and his band were the house band for Conan O'Brien for a week. Really solid, his voice sounds just as good as it did when he was in his early 20's. So I ask you Morrissey: "Why do you come here, when you know it makes things hard for me?" I'm supposed to be helping a 7 year old with homework, and I'm writing about you. Keep up the good work though.

One reply on “Why Do You Come Here, When You Know It Makes Things Hard For Me?”

[…] This post was mentioned on Twitter by James Poole, DJ Prestige. DJ Prestige said: professing my Morrissey man crush: http://tinyurl.com/25r2z2t over at the freethinking movement […]