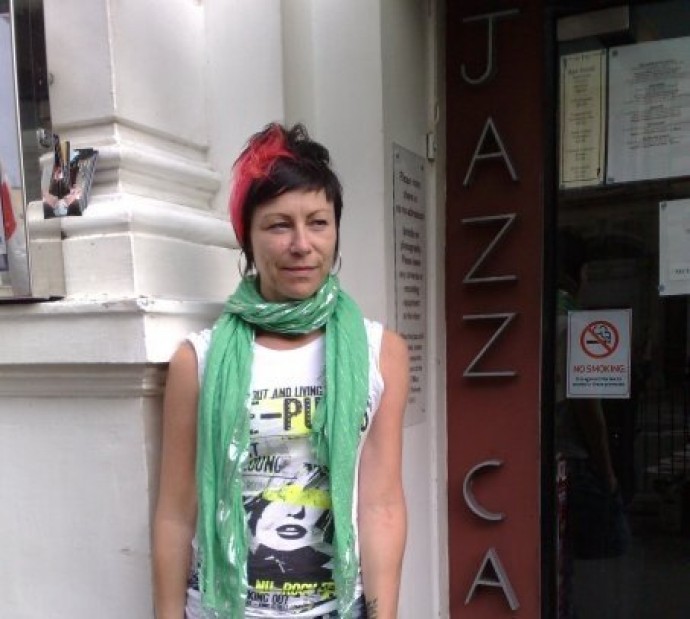 This is the kind of thought that keep me awake at night – genuinely. I love finding new music – it’s one of the reasons why I love DJing. Going through my library, finding tunes to share. Talking to other like-minded souls, and hearing about music that I just didn’t know existed.

If the thought of the lost treasures sitting at the back of a record store isn’t enough to plague you, consider the unreleased gems. Albums of notoriety, of legend, and some of genuine loss to the public for not gaining even the chance of a wider audience.

I talked a couple of weeks ago about The Style Council’s ‘Modernism: A New Decade’ album. It’s now readily available on the ‘Complete Adventures’ box set. Honestly, it’s a crime that this album didn’t see the light of day for years.

Prince, at one point too prolific for his own good, has a raft of material sitting in the vaults of Paisley Park. I remember my brothers going to a record fair in Stoke-on-Trent years ago, and coming home with a treasured copy of The Black Album. The vinyl was so keenly protected in our house that only a cassette recording of the music would ever be played after the first listen. I remember hearing ‘Bob George’ for the first time, and wondering what the hell Prince was doing in not releasing this stuff.

But what of the lesser known artists who record a fine album, only for it to never be released? One such example: Nicola Bright-Thomas. After seeing her perform in 2001 (with her then husband, Matt Deighton – there’s a clip below), and hearing of an album in the works with such luminaries as Steve White (Paul Weller’s long standing drummer), and Ernie McKone, I was excited to get hold of the final, polished, finished product of an album. I spent years – genuinely, years – keeping an eye on music sites looking for the eventual release of the album. Sadly, it’s an album which never materialised.

Nicola Bright-Thomas recorded a few cracking tracks with Matt Deighton on his early solo releases, as well as with his previous band, Acid Jazz stalwarts Mother Earth. Before this, she was provided vocals for Izit – another London-based outfit from the late 80s / early 90s.

Seeing Nicola Bright-Thomas perform live, there was one thing that truly stood out: she had an outstanding voice. In a tiny venue – the wonderful 12 Bar Club in London – she completely held the audience. It was special to hear this untapped voice really tear into her own material. Brimming with enthusiasm, she was absolutely an artist to watch. Imagine Beth Orton, but with more soul, and more power in her delivery. You’re close to Nicola Bright-Thomas.

Demos were recorded, and initial sessions held to lay down tracks of an album: Earth’s Grooves. Sadly, the breakup of Nicola and Matt’s marriage led to the end of the project. It even led to the loss of the studio recordings.

What remains, however, are the demos – recorded at home, with all the rough edges that you’d expect. I was thrilled to get hold of a copy of the album – in demo form at least. Hearing the promise of what could have been from this is somewhat bittersweet – but it’s a reminder to keep looking for new music, to keep digging in the crates for lost classics, and to keep an open mind to music. You simply never know what’s out there. For now, enjoy one track from Earth’s Grooves. I think you’ll agree that we missed out here.

And while I’m at it, here’s a recording of Nicola (with Matt Deighton) performing John Lennon’s ‘Love’ at the 12 Bar Club in 2001.

Oh how fabulous, thank you so much james.xx

It’s a genuine pleasure. Anything we can do to bring good music and true talent to a wider audience…

[…] This post was mentioned on Twitter by Dave B., James Poole. James Poole said: I wrote a blog post about Nicola Bright-Thomas. She sang with Matt Deighton, Mother Earth & Izit. Amazing voice: http://tinyurl.com/2dyvfmm […]

Yes yes yes!! I was also searching for this album ever since I saw a small note in a CD album. The raw material sounds great! a good production on Honest Jon’s Records would be tremendous joy!!!!

Great article, Nicola does indeed have a fantastic voice, listening to Izit’s The Whole Affair as I type this.

Thanks to you all for such a great response to this post. There’s clearly a lot of love for Nicola out there…

no-one loves that old bag more than me. and yes, what a flipping talent. they don’t make may of those let me tell you.