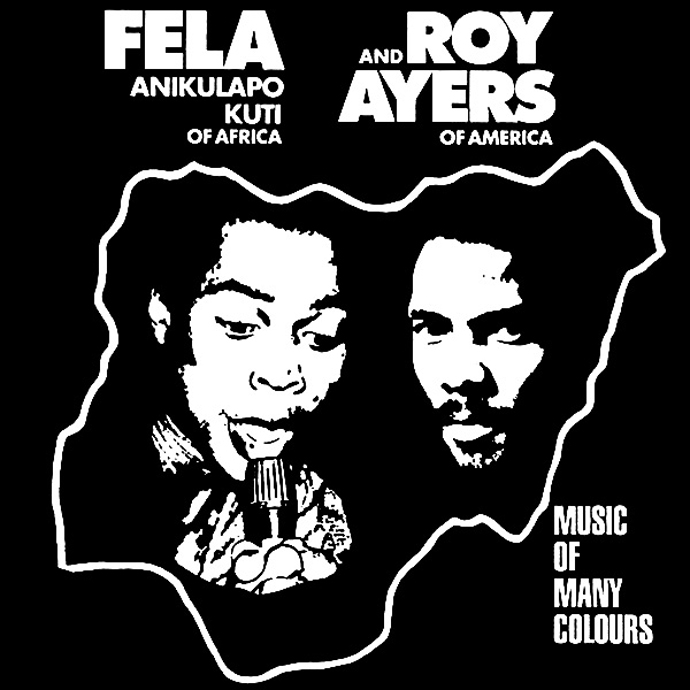 This past volume of freethinking, volume 3, I dropped in a little nugget I have had in my bag since the early 90’s, Fela Kuti and Roy Ayers “2000 Blacks Got To Be Free”. This collaboration between Africa’s King of the Afrobeat and the Soul/Funk/Jazz stylings of vibraphonist Roy Ayers has always been a favorite of mine. It’s not a track I bust out often, but when I do, it makes me really happy. It just seems like Fela Kuti music makes you not want to sit still. I don’t care if it’s “Zombie” or “Funky Horn”, or this record I’m speaking of, I can not for the life of me not move when one of his songs come on. It’s a good thing that Fela decided to be a musician instead of a doctor, because Afrobeat forever changed music history.

I was exposed to Fela in college, and was intrigued by guys like drummer Tony Allen (who would get sampled by one of my favorite producers Jay Dilla for the Common track “Heat”), and groups like Antibalas here in the States. “2000 Blacks Got To Be Free” was the first Fela record I bought, and like I said, it’s something I don’t pull out frequently, but when I do, it is almost always something special. To the untrained ear, who may not be familiar with Afrobeat (I claim to be no expert), it’s just another funky horn with a political chant beneath it. However it is so much more. Fela has done collaborations with Ginger Baker, the aforementioned Tony Allen, and one of my favorite Jazz Funk guys (and sometimes Disco), Roy Ayers. The driving drum beat, off course the horn stab and Ayers vibes, to me, puts it over the top. For Fela purists, this record has been dismissed as luke warm. I beg to differ. I can’t stand still, and I know you won’t be able to either. “I want you, and you, and especially you……to listen to me.” Spoken like a true free thinker. Fela marched to his own beat, had his own vision, and consequently changed the world of music. Roy Ayers did the same with his collaboration with Fela and his adaptation to many styles of music. His recent pairing up with Pete Rock in 2010 in Harlem to spread the message of music from today and yesterday solidifies him further as a visionary and free thinker. Roy x Fela= HEAT. See you on the dance floor.