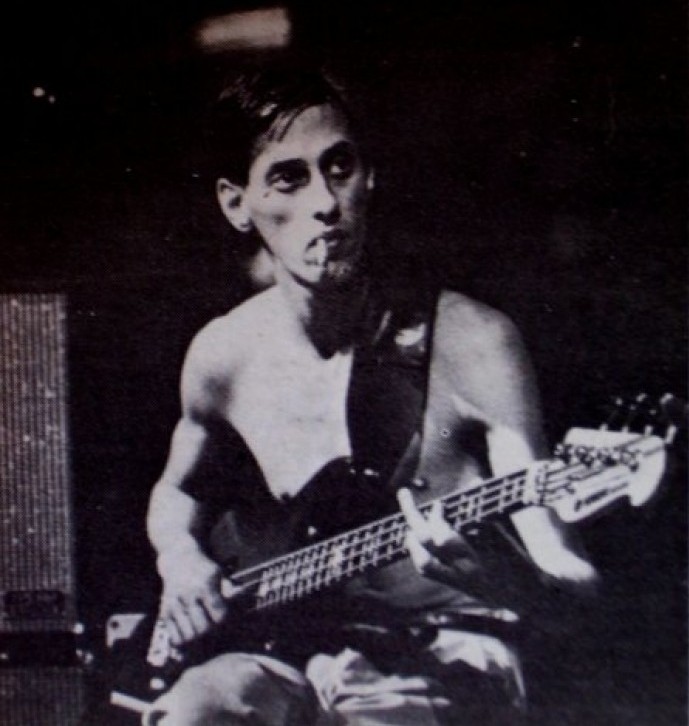 2010 has been quite the year for music. Everything Everything emerged from nowhere to knock out an album which more accomplished bands would struggle to match. Badly Drawn Boy returned, and produced his best work in a decade. Supergrass departed stage left, but left behind the unadulterated joy of The Hotrats. And, after a silence that lasted for 17 years, A Certain Ratio finally brought new material to the UK in the shape of ‘Mind Made Up’.

It’s great to have ACR back with us. If I only give you one piece of advice for 2011, it’s to keep your eyes on the gig listings. The second you see a gig posted, get your tickets booked. You’ll be in for a treat. The first concert for 2011 has already been announced (headlining the Friends of Mine festival in Cheshire). The last time I caught them was in 2009 at Dingwalls in Camden. Sounding as sharp as ever, with tunes which still absolutely resonate up to 30 years after their first release, they were nothing less than outstanding. Relaxed, at home on stage, and clearly loving being back together doing their thing – it was a joy to see them rip through old and new material.

And so, if 2010 wasn’t kind enough to you already, you’re in for more. Jez Kerr – lead singer and bass player with ACR, is about to unleash some solo material. I feel childishly excited.

Let’s put this into context. Jez Kerr was there at the very outset of Factory records. New material from him is important. As a member of ACR, he helped to shape one of the most formative periods in modern music. I know that this sounds a tad grand, but even though A Certain Ratio were always somewhat in the shadow of their label mates Joy Division (and New Order), they all formed part of the same scene. ACR were there at The Russell Club. They played side-by-side with Joy Division. New material from Jez Kerr should be treated not just with respect, but with a genuine fanfare. Thankfully, while Radio 1 is all but bobbins these days, we have Radio 2 (more to the point, we have Radcliffe and Maconie), and we have BBC 6 Music (or, Marc Riley). I’m chuffed that they have acknowledged this new material. Manc presenters supporting Manc music. It makes you proud.

Full disclosure: I never went to The Russell Club. I would have been about three years old, so I think my excuse is fairly sound. While A Certain Ratio would develop to become a band which would blend batucada beats with northern funk – and become true ‘post punk’ pioneers – their early sound was more downbeat. Jez himself describes a heckle during one of their ‘most dirgelike tunes’ of the time ‘Genotype/Phenotype’:

It seems apt that his new solo tune takes this as its title.

First things first – it doesn’t sound like ACR. While A Certain Ratio have evolved a huge amount over the years, and dipped their collective toes into many genres, there’s still a sound that marks them out. They’re funky, without being ‘a funk band’. They are absolutely ‘a Manchester band’, while sounding at times like they could be from South America. ‘Play Sumthing Fast’ is more sparse. It’s simple. Paradoxically, it also manages to take the dense ‘dirgelike’ sound from early ACR, and amp it up. Give it a few listens. Play it loud. It’ll grow on you. I absolutely guarantee. I’m loving it.

Here’s why I think it’s so bloody good: it’s Jez doing something different.

A lot of artists who strike out on a solo project end up sounding pretty much like a carbon copy of the band that they’re branching out from. They just emulate the sound that has provided success to date. Take Bernard Sumner. I am not being critical at all here – I bloody love most of the stuff he’s done – but let’s face it, his material outside of New Order is hardly breaking new ground. It’s New Order, part II (Electronic), or part III (Bad Lieutenant).

Jez is striking out, and developing his own sound. It’s not just a re-tread of ACR. You have to tip your hat to him. He’s making the music that he wants to make. How’s that for artistic integrity?

A freethinker if ever there was one…

One reply on ““Play Sumthing Fast””

[…] This post was mentioned on Twitter by James Poole, James Poole. James Poole said: New material from @jezkerrs (lead singer with @acrmcr). It's chuffing ace. Up on the freethinking movement: http://tinyurl.com/29pe4ch […]