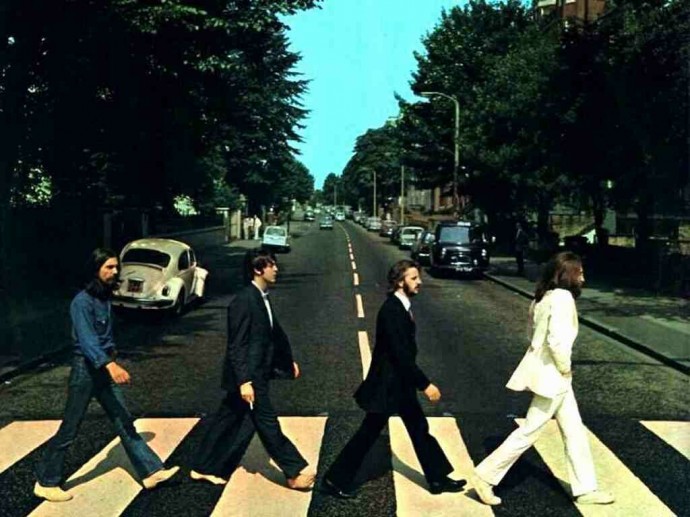 It’s been about a week since I wrote my last post. During this time, The Beatles took over the charts thanks to their music now being available on iTunes. Great. About time. It doesn’t make a spot of difference to me personally, as I don’t really need to buy their stuff again. Twice is enough. Even for Abbey Road. So, while me writing about The Beatles may show all of the cultural relevance of an article on the cutting edge nature of the Tamagotchi, here goes…

I genuinely struggle with people saying that they don’t like The Beatles. It’s like saying ‘I don’t like the internet’, or ‘I don’t like food’. The Beatles just are. They transcend musical taste. They changed the world. There may have been other bands which I would argue should have been as popular (did anyone say The Small Faces there?), but The Beatles did it.

This being said, I still came to them late. It’s not like I was a hermit, or anything, of course I knew their music. I just didn’t appreciate how good they were, or how much they achieved over such a short space of time, until I was at university. You see – The Beatles never got played in our house. My parents didn’t see the big deal. It’s not that they didn’t like them – it’s just that they passed my parents by.

I’ll let them off. It may come with a written warning, but still…

I missed out on the aforementioned Abbey Road for about twenty years of my life. That’s just plain wrong. The second side of Abbey Road stands up as one of the finest pieces of music ever recorded. Every child should be subjected to this at an early age. I wonder how many crap bands are out there that have just never listened to this. If they did, as this plays out in my head, they would just hand their equipment up, and head down to the Job Centre.

While I wasn’t formally introduced to The Beatles as a child, Paul McCartney played a part. And it’s not what you’re immediately going to think of. I’m not talking about the Frog Chorus. I am talking about McCartney II. My dad had it on cassette, and I loved it. ‘Temporary Secretary’ stands up to 90s electronica, ‘Coming Up’ is note perfect pop music, and ‘Waterfalls’ is just beautiful.

People may be celebrating the digital release of The Beatles back catalogue right now – and I say again, rightly so. But I want to take a moment to acknowledge Paul. He was, in my opinion, ‘the best Beatle’. Yes, George released ‘All Things Must Pass’ (and, a wonderful album it is, too). And of course, people hold John up on a pedestal, as he could do no wrong (while he did release his fair share of solo masterpieces, like ‘Working Class Hero’, it wasn’t all plain sailing…).

No, for me, Paul is your man. Still is. Seriously, show me better songs than classics Beatles classics such as ‘Blackbird’, or ‘The Long and Winding Road’. I dare you. I double dare you. There are many as good as these, but better? With Wings (according to Alan Partridge, ‘the band The Beatles could have been’), ‘Band on the Run’ is just ace. And solo, ‘Maybe I’m Amazed’ is peerless.

But what about this, from about two years ago? The Fireman is a collaboration between Paul McCartney and Youth. The track below is an absolute belter – a true standout from the album ‘Electric Arguments’. I’d argue that this is why Paul is still important. Just listen to the vocals. He means it.

One reply on “Paul is your man”