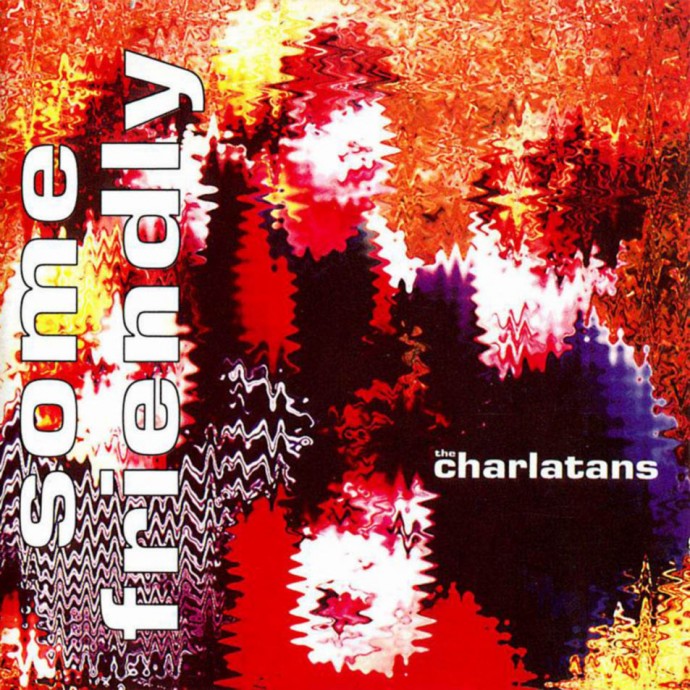 I wear a suit to work – more often than not with a tie. Yes, kids – a tie.
I prefer to buy my music in the physical form. Yes, CDs, and that.
I can write the sentence ‘they’re like a breath of fresh air, blending guitar-driven pop with keyboards directly from the dance floor’ in reference to The Charlatans in 1990.

Yes, I am positively old school.

Indian Rope, the debut single from The Charlatans, had a huge impact on me when it came out. Fine, the Stone Roses debut album was already out there, but The Charlatans seemed to be doing something that was still exciting. They were, to my mind at the time, not just a copy. The influence was clearly there, but the driving Hammond organ set them aside. This was directed firmly at getting you up and making you throw some shapes. This was funk via a bunch of baggy jean wearing lads from Rock City Northwich.

Bring it forward 20 years (yes, TWENTY years), and I am conflicted. Here’s the thing. I like The Charlatans. As I write this, I am downloading their new album onto my laptop (via a CD, just in case you were wondering – it’ll probably be the only time it gets removed from its sleeve). I have stood by them, enjoyed just about all of their output, and stood in awe as they have torn through Sproston Green at the end of a few sets. I want to like their new album. Strike that, I want to love it, and welcome it into my life for years to come. I am, however, a tad scared. The source of my inner conflict: I saw The Charlatans last week, and they were bobbins. Properly bobbins. Not just ‘a bit off their game’, but more like a pub-rock band doing covers of The Stone Roses. The spark that set The Charlatans aside as a different proposition entirely had just gone.

Writing this isn’t easy, as I know that health issues came to the fore only a couple of nights after I saw them. Let me be crystal clear: my issue was that as a band they sounded tired. The drummer, Jon Brookes, actually shone through. He is, still is, bang on his game, and I wish him the speediest of recoveries. No, my issue was that their whole sound was a bit tired. Tim Burgess was a pale imitation of his former self. With terrible hair.

Shortly, I will listen to the new album. Seriously, I want it to knock me off my feet. I want it to say to me: ‘James, this band is absolutely relevant – you just caught them on an off night’. I want to see them again, in a few years, with health issues behind them, and Tim Burgess strutting his stuff, deserving the Mick Jagger comparisons. With better hair.

Let me return to my opening gambit. The line: ‘they’re like a breath of fresh air, blending guitar-driven pop with keyboards directly from the dance floor’. While last Monday I saw a band for which this was a relevant statement some 20 years ago, last night I saw a band for whom it is spot on today. Step forward Klaxons. You’re bloody marvellous.

It’s perhaps an unfair comparison. The same stage (Bowery Ballroom), one week apart, with a fundamentally similar notion behind the band: guitar-driven, but targeted right at the dance floor. I am not a fan of bringing out niche phraseology to describe bands. ‘Nu-rave’ just sounds awful – like a descriptor that anyone who has ever read a book should avoid (you see what I mean about being a walking anachronism? I read books. Occasionally). For me, Klaxons are just exciting. They sound fresh. They sound like they could do anything. Their music goes off on a tangent, and you don’t mind. They cover a bit of pop bubblegum, and make it their own. AND GOOD. They’re like a bunch of normal looking lads, just having a bloody good time (Supergrass for now?). They look like they could just be down the pub, enjoying a pint of cider and a bag of Smoky Bacon crisps, yet they’re at home on the stage. They seem genuinely thankful of the appreciative audience, and enjoy the experience of performing in a legendary New York venue.

One reply on “The Charlatans vs Klaxons”

[…] This post was mentioned on Twitter by DJ Prestige, Kitty Hawke and James Poole, James Poole. James Poole said: I wrote this: https://thefreethinkingmovement.com/?p=715 about The Charlatans and Klaxons after they played Bowery Ballroom a week apart […]