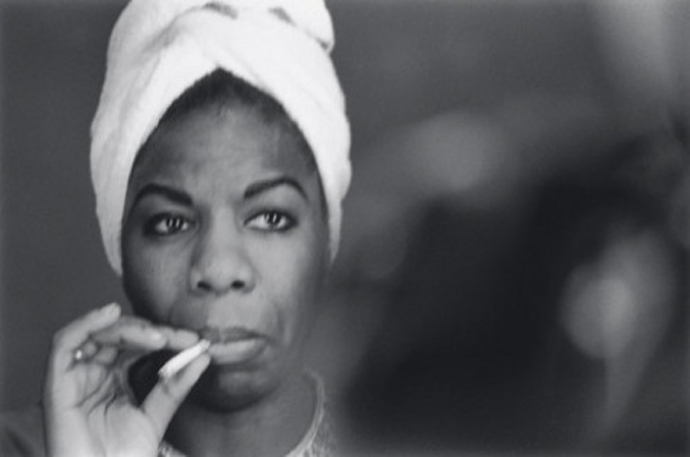 I remember hearing Nina Simone on a friend’s stereo back in the early 90’s. This particular stereo had graphic equalizing settings that made her version of “Black Is the Color” sound so eerie that I knew I was on to something with her music. Since that time as a record digger I’ve bought everything I could find of hers, from 45’s of “Save Me” to the CTI record “Baltimore” (complete with a Hall and Oates cover!). Eunice Kathleen Waymon aka Nina Simone was dubbed “The High Priestess of Soul”, but was not keen on being categorized, as she contributed to the Classical, Jazz, Blues, Gospel, Pop, and Soul genres. Her vocal range was that good, that she was comfortable belting out anything in those categories, and she did it well. A victim of racial oppression her whole life, Simone would include Civil Rights themed songs on records and in her live show. Songs like “Mississippi Goddamn”, “Backlash Blues”, and “To Be Young Gifted and Black” (co-written by Weldon Irvin and covered later by Aretha Franklin and Donny Hathaway), as well as performances and marches at Civil Rights events, showed she backed up her songs with action. Her hard lived life was reflected in her music, and she wasn’t above arguing with audience members or brandishing a firearm at record company execs or neighbor’s children who disturbed her while she was composing. Later on in life, she left the United States (mostly for tax reasons) and relocated to Europe, finally settling in France. One of my biggest regrets about not seeing an artist was when she played one of her final shows in Paris, and some friends suggested we go. Silly me didn’t go, and soon after she had passed. Here I am 15+ years later wishing I had seen her, her live show, and experienced the phenomenon that is Nina Simone.

Here are two versions of the song “Oooh Child”, written by Stan Vincent, and originally done by The Five Stairsteps. I have played both versions of this tune at my nights, and featured the Nickodemus Remix at freethinking nyc. Both versions are truly brilliant, but Nickodemus has really outdone himself with the addition of heavier drums and the head nod factor in his remix. Nina Simone may be gone, but her music lives on here at the free thinking movement.